In this post, I will cover how to install a Raspbian system from scratch, along with the setup of pi-hole, to block internet trackers on the network level.

Pi-Hole serves both as a DNS forwarder and cache, and should be configured as the DNS server for your network. This guarantees that all users of your network will be automatically shielded from internet tracking. You also might notice a reduction in bandwidth usage, since assets from ad networks and trackers are not loaded because of the ‘blackholing’. This process is explained further down in this post.

In order to follow this tutorial, there are a few hardware requirements:

If you have Raspbian already setup, you can skip to the section ‘Pi-hole and DNS Forwarding’. Make sure, however, that your Raspbian has a static IP address setup for it.

Insert the SD card in the computer, and check for its name using the following command:

Download the Raspbian Lite image from the Raspbian website. Then, we extract the image and write its contents to the SD card using the dd Linux utility, as follows:

In Unix and Linux operating systems, everything is represented as a file, including disks and SD cards. dd takes the content of a file specified by if and writes its contents to the file of. In our case, we are taking an input file (2018-04-18-raspbian-stretch-lite.img) and writing it to a special file (/dev/mmcblk0), which represents the SD card.

The parameters passed to dd have the following meaning:

Depending on your disk and SD card performance, this might take a while as the image is around 1.7 GB large. After the data is written to the SD card, take it off the computer and put it in to the Raspberry Pi.

Connect the Pi to an energy source, the keyboard and the monitor (using the HDMI cable). It should boot to a screen like the following: 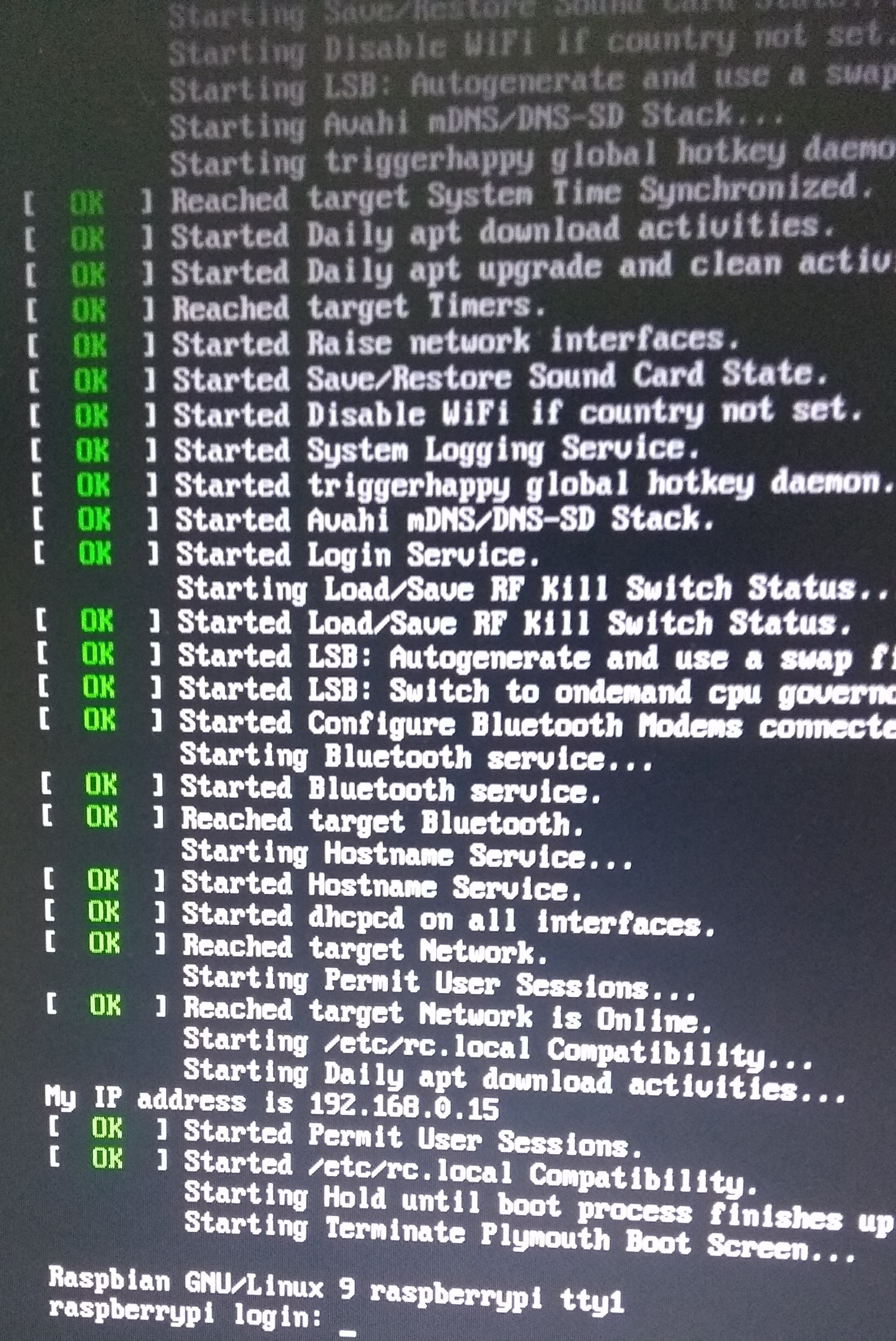 You will have to provide the current password (raspberry), and type the new password twice (once more, for verification purposes).

In the next section, a static IP address and SSH are setup, so there will be no more need for the monitor and keyboard.

Add the following to the end of the file:

In your setup, replace the:

After configuring the static IP adress and SSH, reboot the Pi:

You can now take off the keyboard, and HDMI cable from the Pi. After a couple of seconds, log in to the Pi using the SSH on your machine:

Note that we are using the user pi with the static IP address configured in a previous step. Replace the IP address with the one you have configured.

Pi-Hole works both as a cache and DNS forwarder. This means that:

Follow the installation process, selecting your upstream DNS providers (e.g. Google DNS or Cloud9). I would also recommend installing the web interface, this option will be shown in the pi-hole installer. Your output should be something like the this.

In order to secure our Pi, we will install ufw (short for ‘Uncomplicated Firewall’), which is simpler to configure than iptables.

Allow the ports of the services provided by pi-hole:

and enable the firewall: 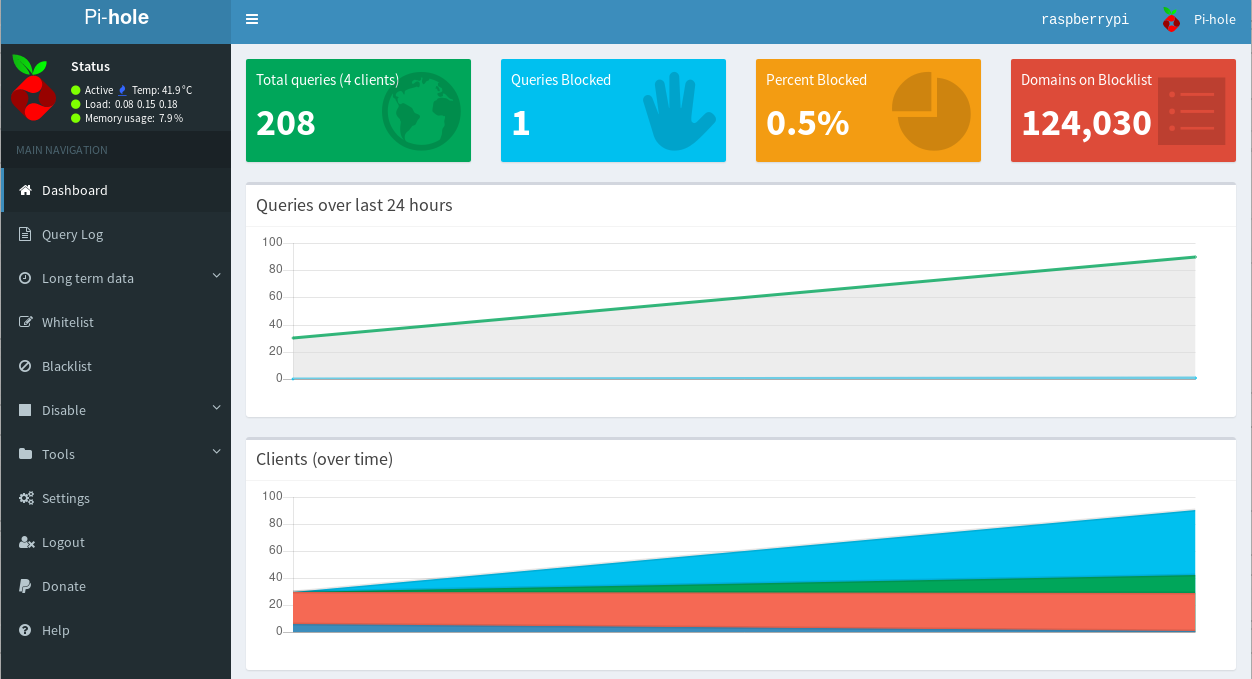 Make sure all the hosts on your network use the IP address of the pi-hole as their only DNS server.

As a bonus, one can also harden the SSH server, if the Pi is accessible to the public internet, and restrict the SSH port only to local addresses is also a good security measure.

If you reached this point, please let me know if you have any thoughts or comments on this post, the details for contact can be found in the About page.